To raise funds for the Foundation a number of initiatives have been organised – some now completed and others in progress:

The below are samples of the kind of initiatives that are being undertaken. If you, or your school, your book club, your group of friends/neighbours would like to support The Caroline Foundation in any way we would be delighted to hear from you. For any further information please contact helen@thecarolinefoundation.com. 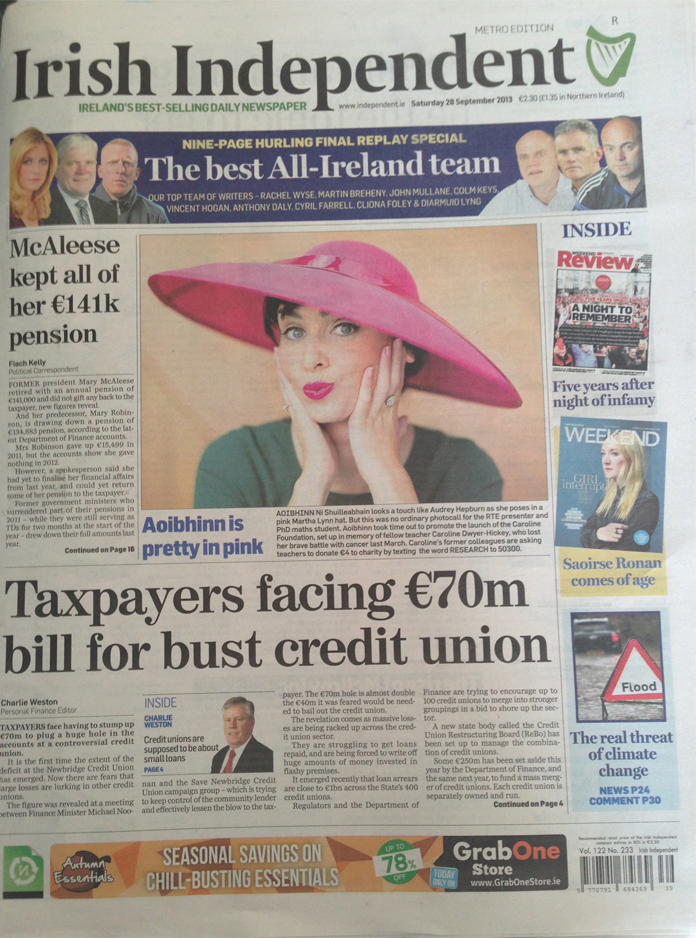 Aoibhinn Ní Shúilleabháin looks a touch like Audrey Hepburn as she poses in a pink Martha Lynn hat. But this was no ordinary photocall for the RTE presenter and Ph.D maths student. Aoibhinn took time out to promote the launch of The Caroline Foundation.

A ten day walk In late August a number of hardy walkers took on the challenge of trekking from Limerick City to Greystones in County Wicklow to raise money for the Caroline Foundation. The 240km route, which took nine days to complete, was mapped out to include important milestones in Caroline’s life. As well as… 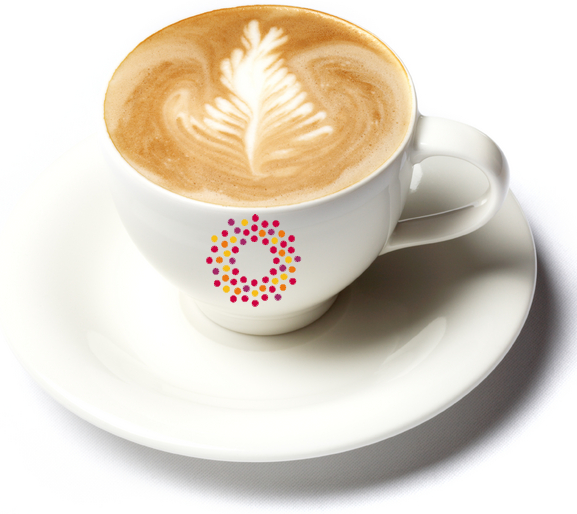 A coffee morning that became a garden party was organised by Siobhán and Brendan Hickey in their magnificent garden. A super morning that spilled into afternoon was enjoyed by all who supported this fundraiser. Proceeds from this event were donated to Rónán’s charity fund on mycharity.ie

A Table Quiz – organised by Sarah Conry Cunningham and Sari Shipsey Eyer in support of Rónan’s epic walk.  Proceeds from this event were donated to Rónán’s charity fund through mycharity.ie

A Cake Sale – organised by Aoife Hickey in her work place. Proceeds from this event were donated to Rónán’s charity through mycharity.ie

A Text a Donation campaign was launched in October, broadcasted and sponsored by Setanta Sports and TV3. View advertisement video clip. 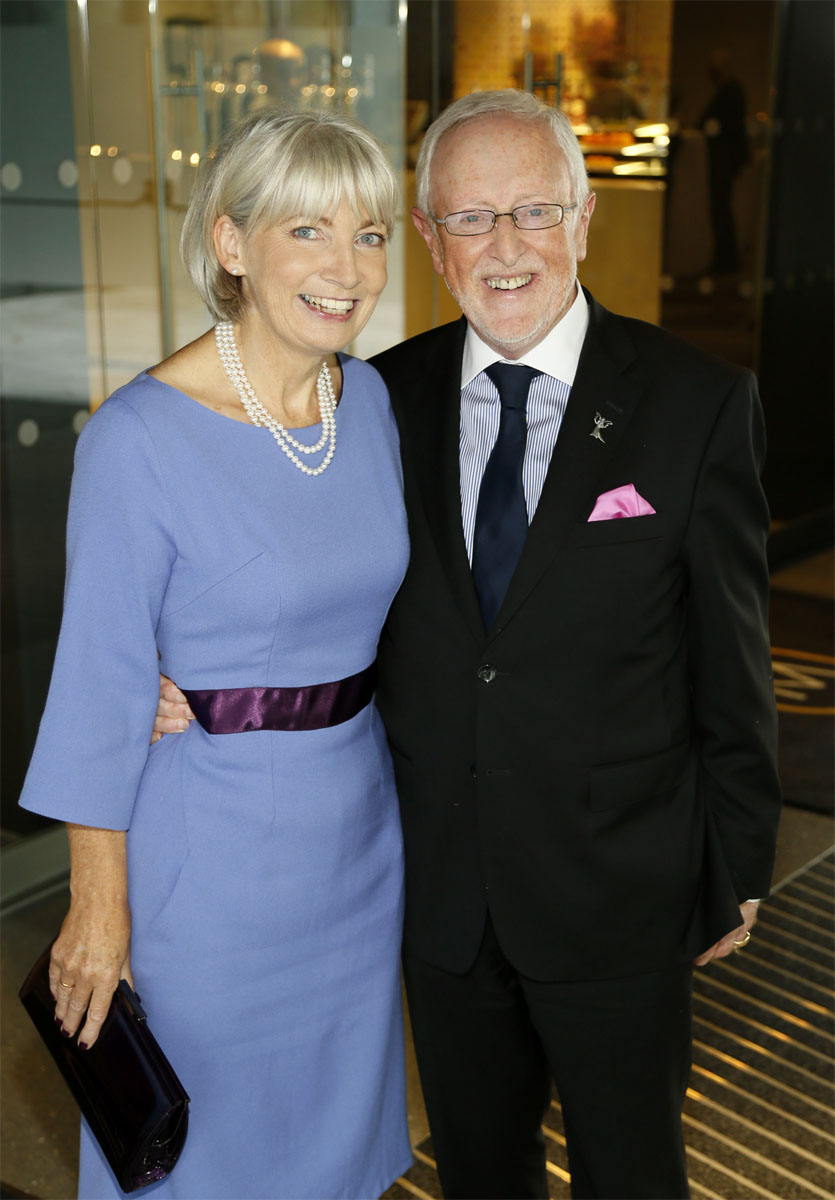 His ‘n Hers Lunch

A Gala His ‘n Hers Lunch on 04 October 2013 in The Marker Hotel, Grand Canal Square, Dublin organised by The Caroline Foundation committee. Caroline’s parents Helen and Dermod Dwyer above. SEE AUCTION ITEMS

A Cake and Craft Sale

A Cake and Craft Sale organised by 6th Class pupils in St Brigid’s school, Glasnevin in May. 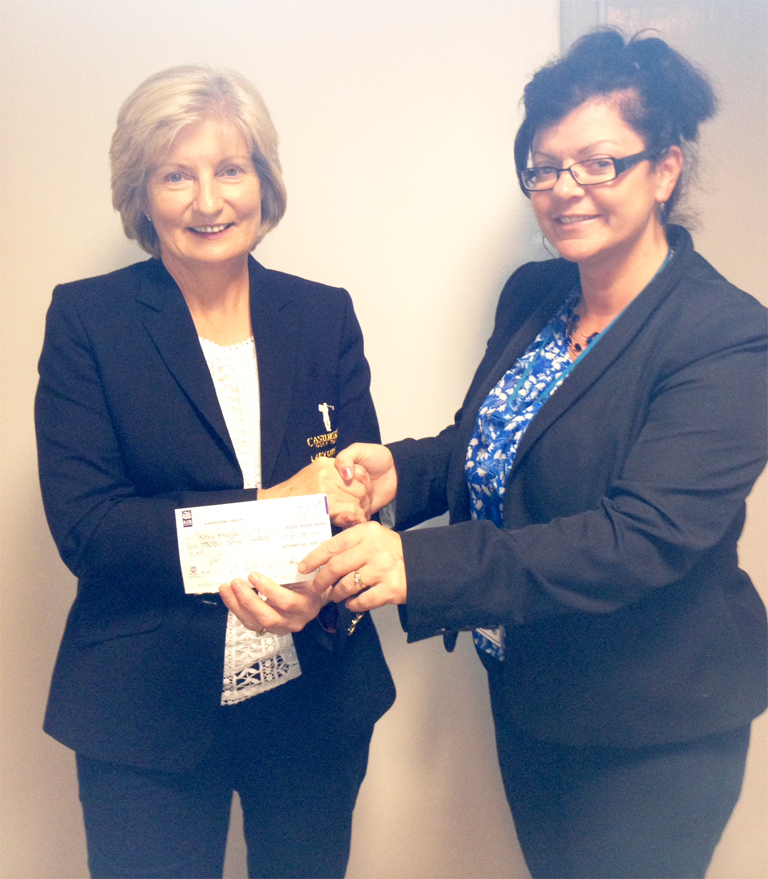 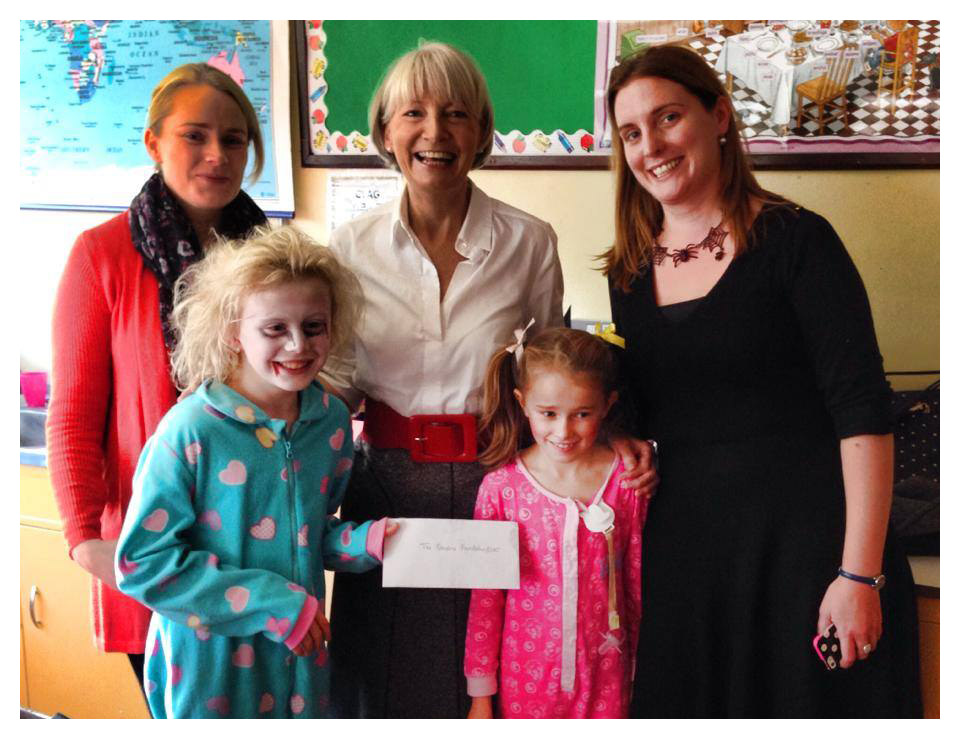 Some children from Caroline’s school St Brigid’s Primary School, Glasnevin organised a cake sale to raise funds for The Caroline Foundation. They baked delicious cakes and biscuits and raised over €800.00. “We had a cake sale on Sunday 20th of October. We all really loved Ms. Dwyer so we really wanted to do this for the…