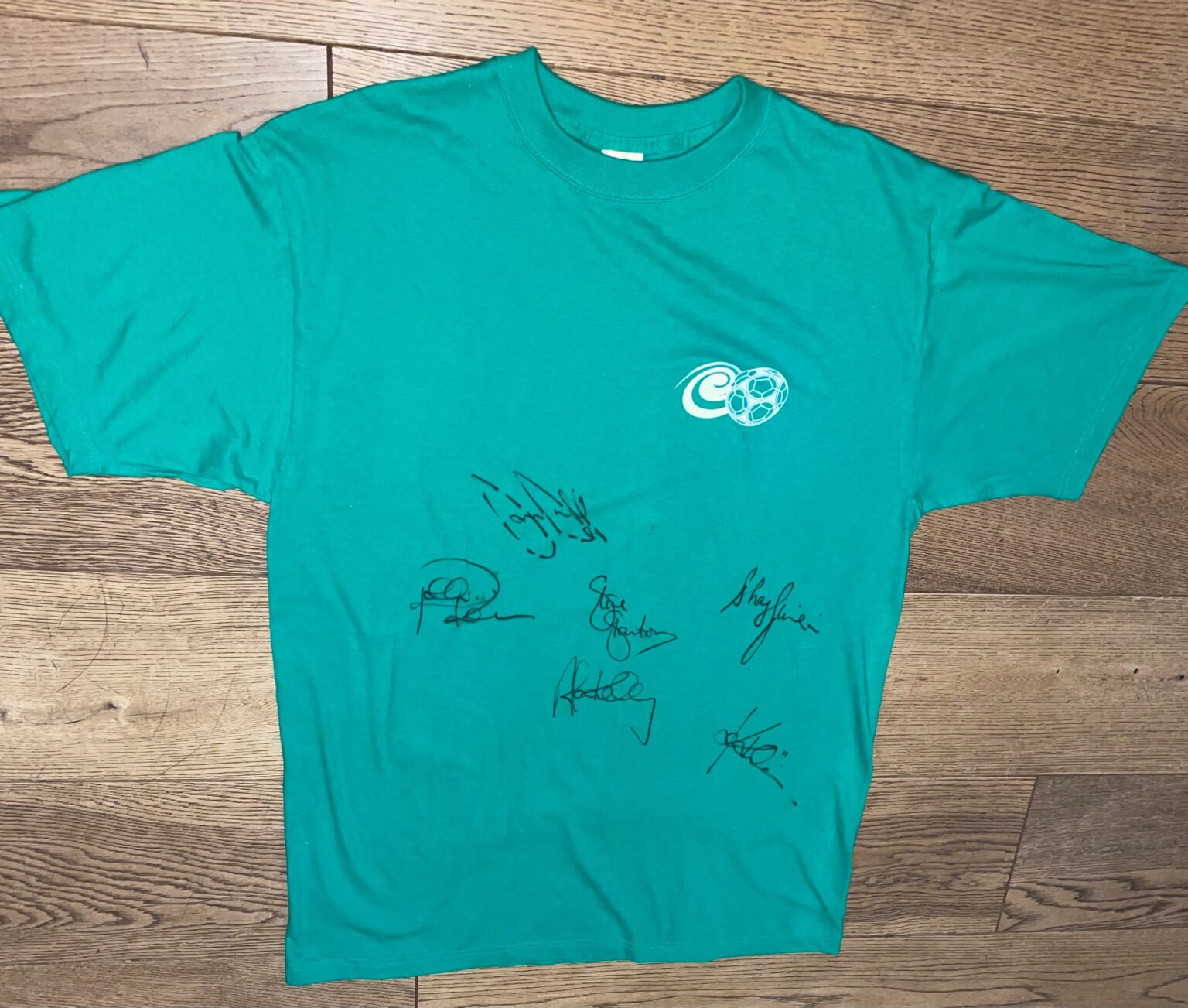 Auction of unique T-shirt signed at Ireland’s training camp in Izumo, Japan at the 2002 World Cup! All proceeds going to Cancer Research.

How to bid on this unique piece of memorabilia from Ireland’s infamous 2002 World Cup adventure!

Email fundraising@ccrt.ie with your bid, name and telephone number before midnight Friday 4th February. The highest bid received will be the winner of this unique item. Once we have received the winning bid the t-shirt will be sent directly to the winner.

100% of the funds raised through this auction will be channeled directly into the cancer research programme of The Cancer Clinical Research Trust (RCN: 20035242). Please direct any queries to our Operations Manager, Karen Culhane email: karen.culhane@ccrt.ie

I got this t-shirt signed at Ireland’s training camp in Izumo, Japan, before the start of the 2002 World Cup. At the time I was the BBC’s Dublin Correspondent and I was in Japan to report on Ireland’s progress for BBC News. I was lucky to see all their games at the tournament. The shirt brings back happy memories of a great tournament, and I have written a piece about my trip for the Irish Times. After losing their best-known player, Roy Keane, before the tournament, Ireland made it to the final 16 of the tournament before a defeat on penalties to Spain.

Charlotte Coleman-Smith and I were married in 2000 and we came to live in Dublin early in 2002. Charlotte was a food writer and editor, and in Ireland she wrote books and contributed to newspapers and magazines.

She was diagnosed with breast cancer in 2009, and was first treated at St Vincent’s Hospital under the care of Professor John Crown. We have three sons, two of whom were born in Dublin during our time living there. We moved back to the UK in 2011 and Charlotte died in 2018. We miss her gentle beauty and kind, open heart every day.

I’m hoping that, 20 years on from the World Cup in Japan and South Korea, the shirt might help raise some funds to support the great work of the Cancer Clinical Research Trust.