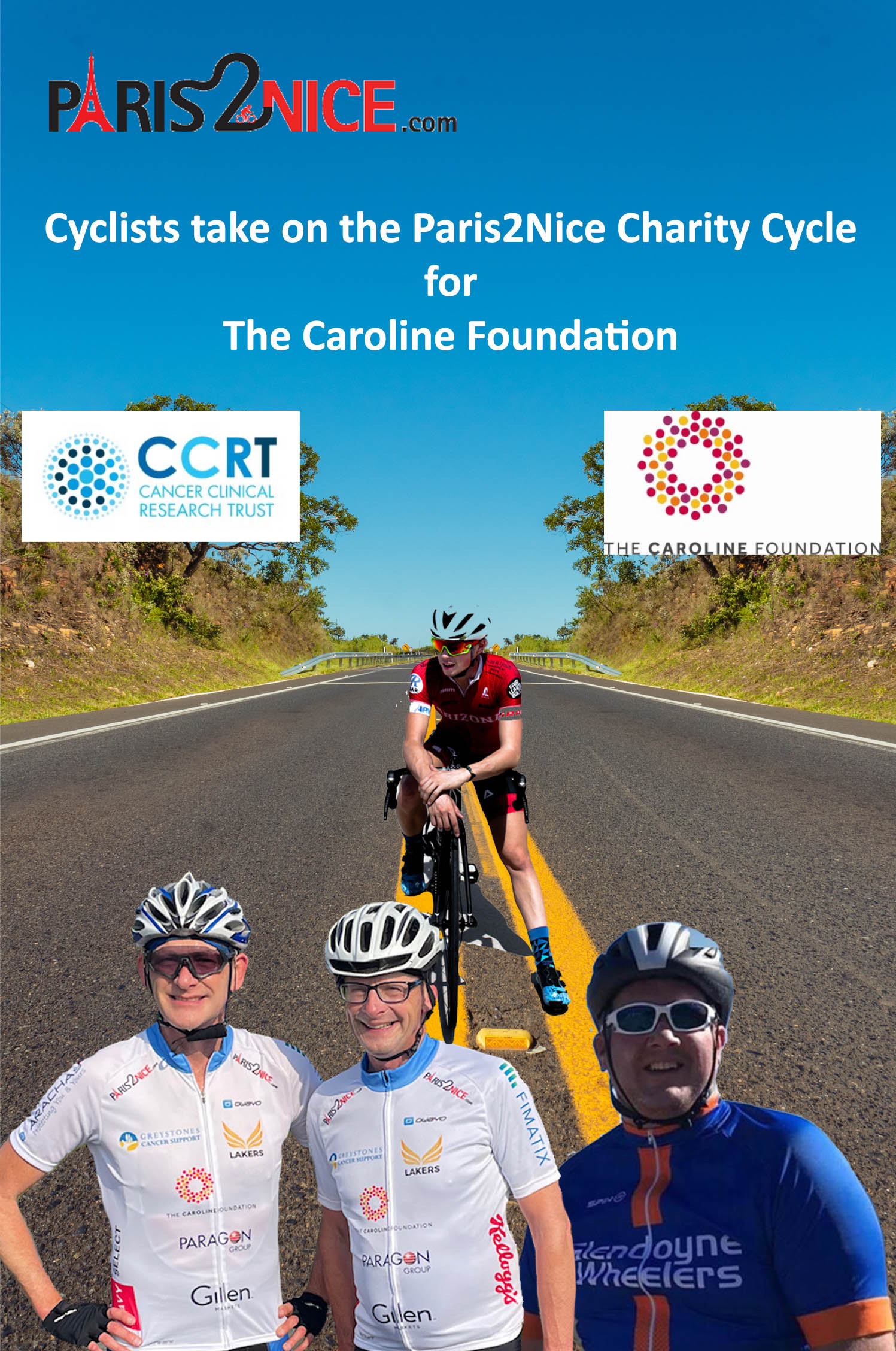 Following several months of training across the peaks and mountains of Wicklow, Dublin and beyond, the cyclists will now cover over 700km in 6 days.  The cycle starts off in the beautiful city of Paris and ends on the famous Promenade des Anglais in Nice. The charity event is open to all cyclists.

Embarking on such a tough mental and physical challenge takes strength, resilience and determination.  In choosing The Caroline Foundation, this trio supports the Foundation’s two clear goals: to highlight the critical importance of medical research in Ireland into cancer and to raise funds for leading oncologist Professor John Crown/ CCRT’s research team via The Caroline Foundation.

The cyclists are Wicklowmen Mark Wilson from Delgany &  Hubert Fitzpatrick from Greystones while Shane Gill hails from Churchtown, Dublin 14.

As the group prepares to depart for Paris, Helen O’Sullivan-Dwyer, Chair of The Caroline Foundation said, “We are so thankful to all three generous cyclists.  Like every other charity in Covid times we have been unable to undertake our usual fundraisers for over a year now, so when Mark, Hubert and Shane chose our Foundation as their charity of choice for the Paris2Nice Cycle we were deeply grateful.  We wish them well in their gallant endeavour. We would also like to give a big shout-out to the other Irish cyclists, including local, who are about to take on this onerous cycle for various other charities. Beir bua!

About The Caroline Foundation

Anyone wishing to donate can find details on the Caroline Foundation & CCRT websites: www.thecarolinefoundation.com and www.ccrt.ie